In the beginning were….
second-hand clothes equipped with loudspeakers, amplifiers, batteries and cassette players (“Walkmans”). Individual tapes are recorded and played through this multi-acoustic and mobile orchestra. 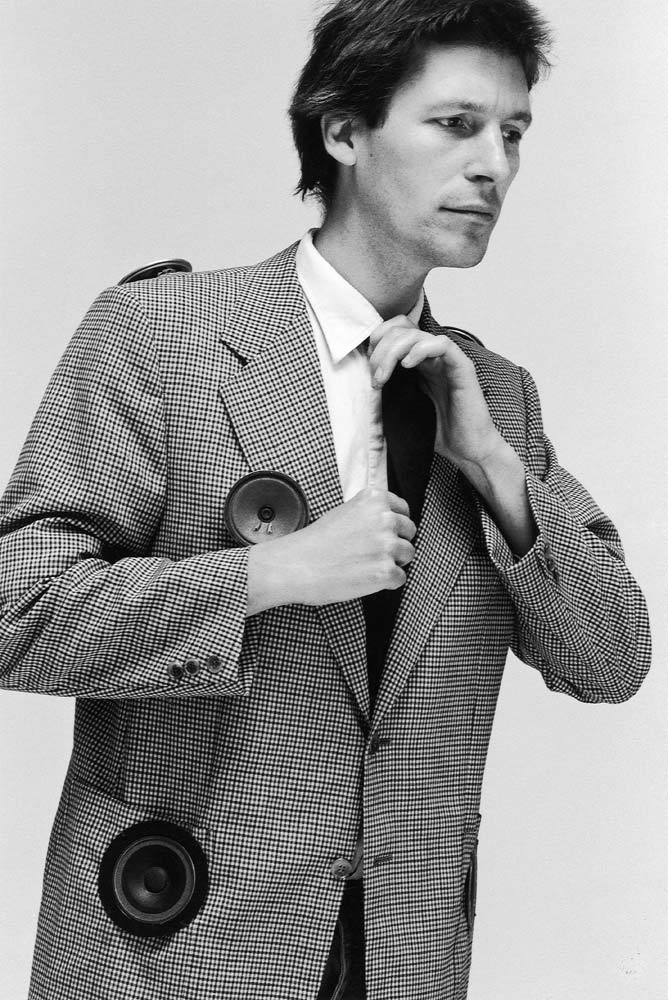 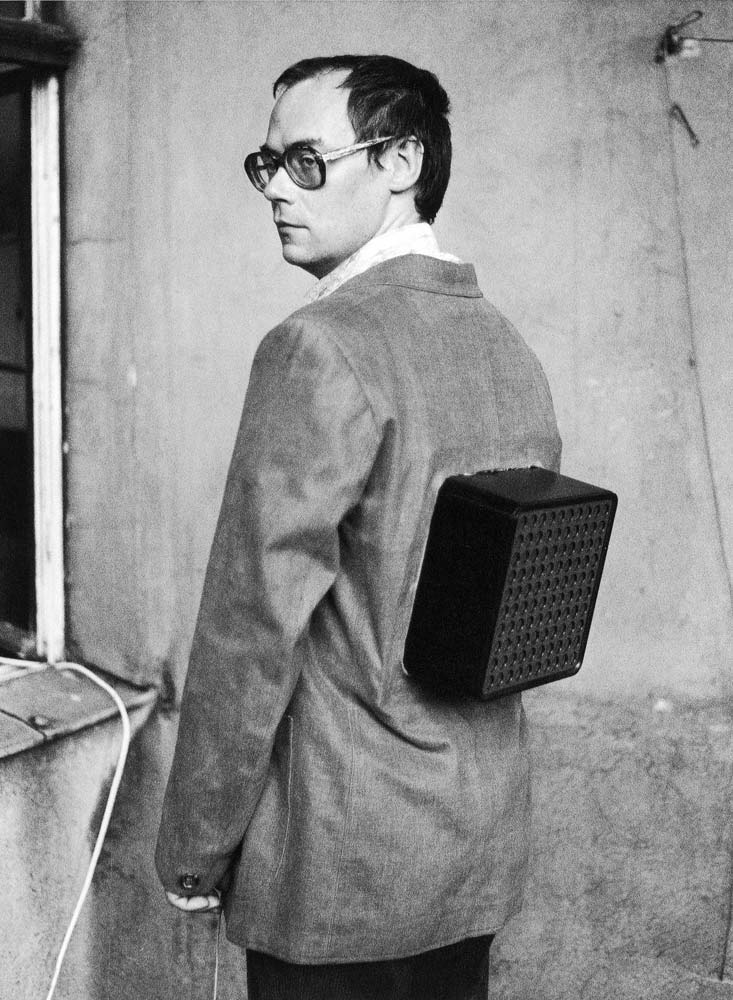 In 1982, while recuperating from a bad case of painter‘s block, I started taking long walks through West Berlin: my path took me one day through a department store, where I heard a voice advertising a sale on jeans over the public-address (PA) system. This, I thought, was the solution to my problem: art happening through loudspeaker systems in public spaces — instead of „painting„ my colors, I would “speak” them through the air. I soon began noticing that PA systems existed everywhere around the city — convention centers are equipped with them, as are train stations and sport stadiums. They can even be found inside buses and airplanes, or mounted on street lamps along important boulevards and city squares.

As a matter of fact, everywhere you find large groups of people the chances are you will also find public speaking systems. I proceeded to try to obtain permission to use these existing speaker systems for “audio performances”. In the beginning I had some success: I performed on visitor‘s day at the International Congress Center in Berlin. I repeated the sentence “Yellow and blue make green” through the main loudspeaker system and had the technicians process my voice through a sound modulator. But no further offers came, mainly because those responsible for these PA systems were afraid that people might be annoyed or even panic at what I was saying — a problem that still exists today in the case of some of my more recent Speakers Corner sculptures and projects

This is why I started attaching loudspeakers to various second-hand jackets and clothes lying around my studio, transforming them into mobile loudspeaker systems. I created entire series of Audio Clothes out of my friends‘ and neighbors‘ wardrobes. I had each person make recordings and play them through portable cassette recorders while hooked up to the clothes. Eventually I sat down by myself one afternoon and made a series of recordings with pots and pans in my kitchen –creating, in effect, a “heavy metal” composition for Audio Jackets.
In 1983, I was invited to present the audio clothes at the Performance Festival of Paris, at the Galerie Donguy, and in 1984, at the Art and Media exhibition at the Staatliche Kunsthalle of Berlin. The participants in our performances were allowed to move around any way they wanted — in other words, the performances were quite loose and individualistic. But somehow I felt that the performances lacked a framework and direction: there was no choreography, and the sound quality of these electroacoustic clothes left a lot to be desired. So this is when I started conceiving and creating the first “Audio Uniforms”. 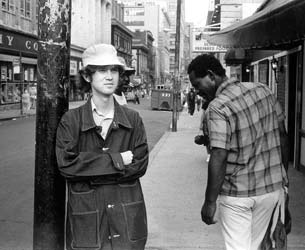 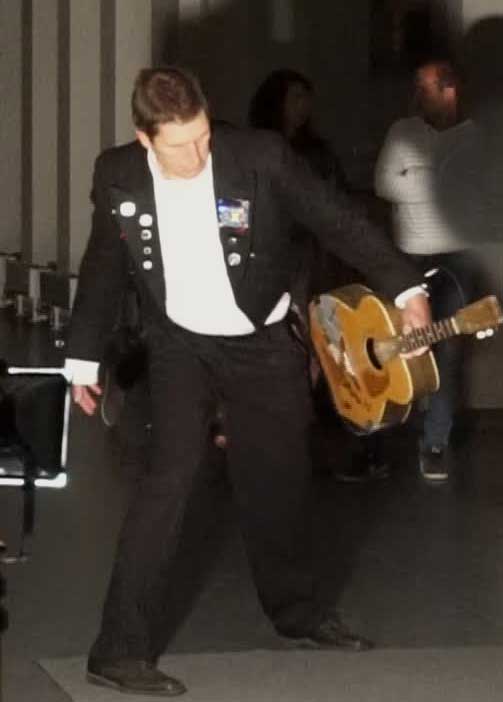