The MerkurHaus as Clocktower (1984)
IBA vor Ort
A foghorn installed inside the ruin of the Merkur department store.

A reflection on the former Jerusalem church that had once stood facing it, the foghorn sounded every fifteen minutes from 10 AM to 6 PM. The installation upset the Axel Springer Publishers Group (a conservative wing newspaper) that had its main office in a new building that also stood on an opposite street corner. The powers-that-be at Springer decided that the sound was a nuisance and started an impressive news campaign against it. This in turn caused quite a ruckousl between various newspapers which ended with the West Berlin Building senator intervening to have the installation closed down. 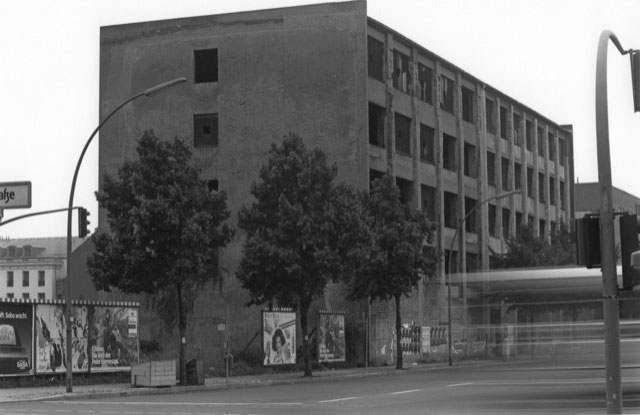 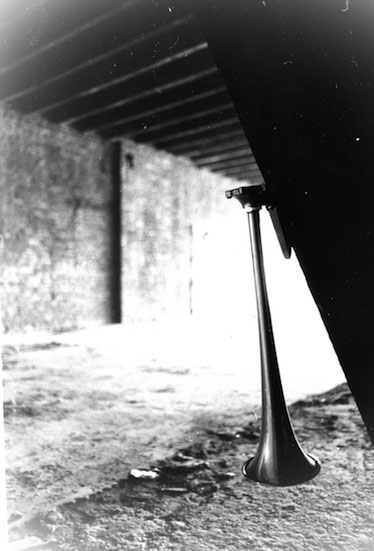 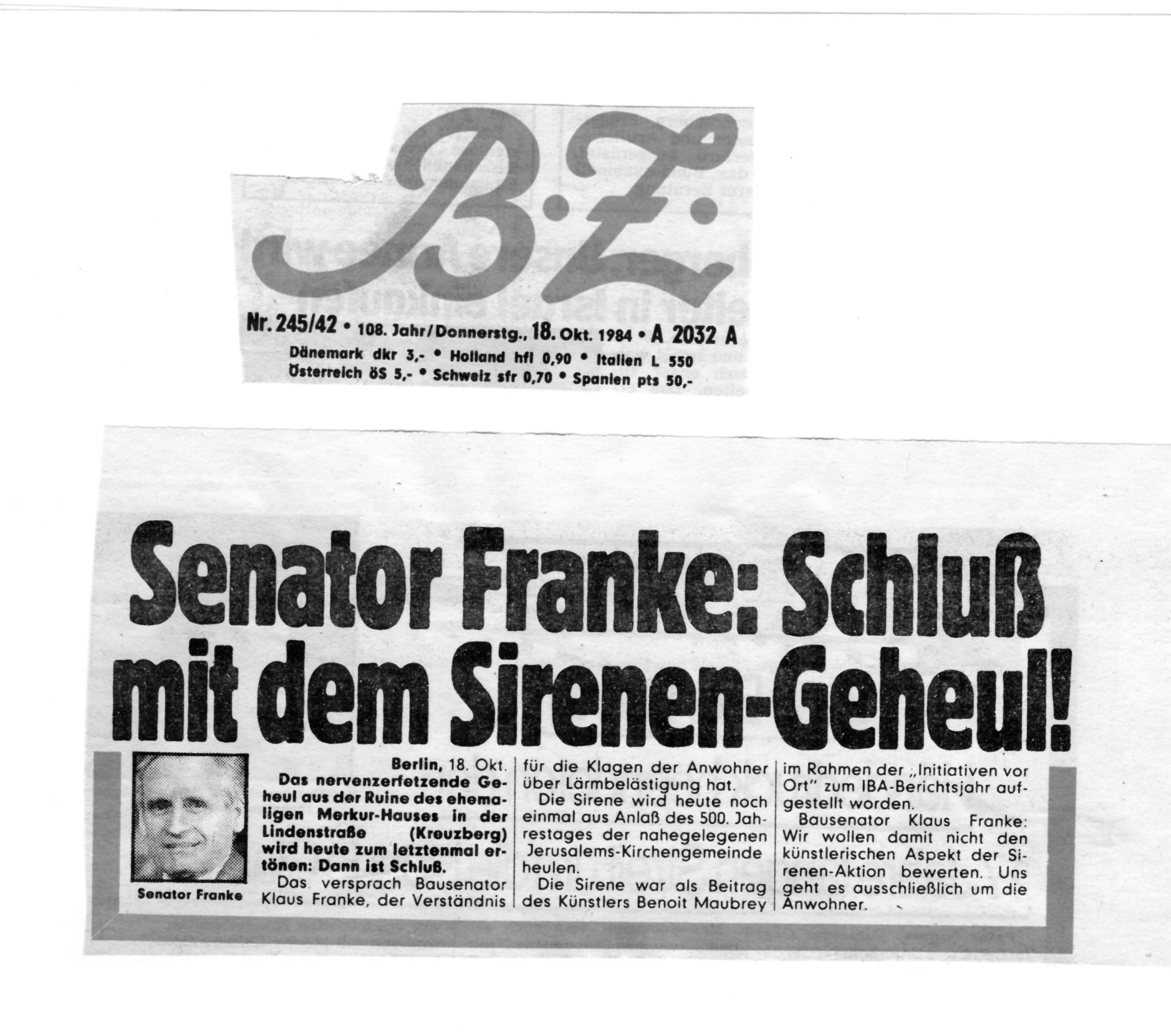 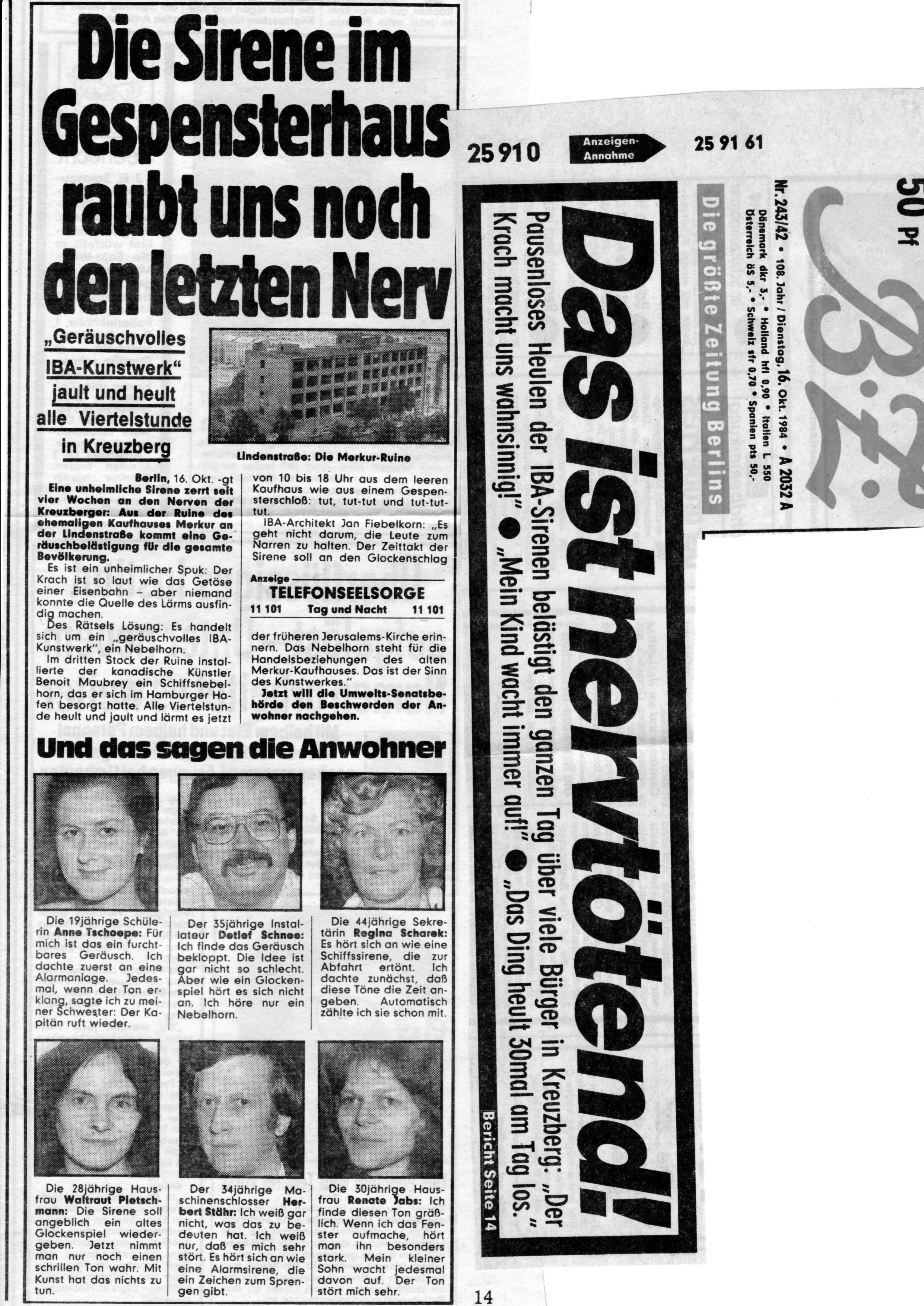 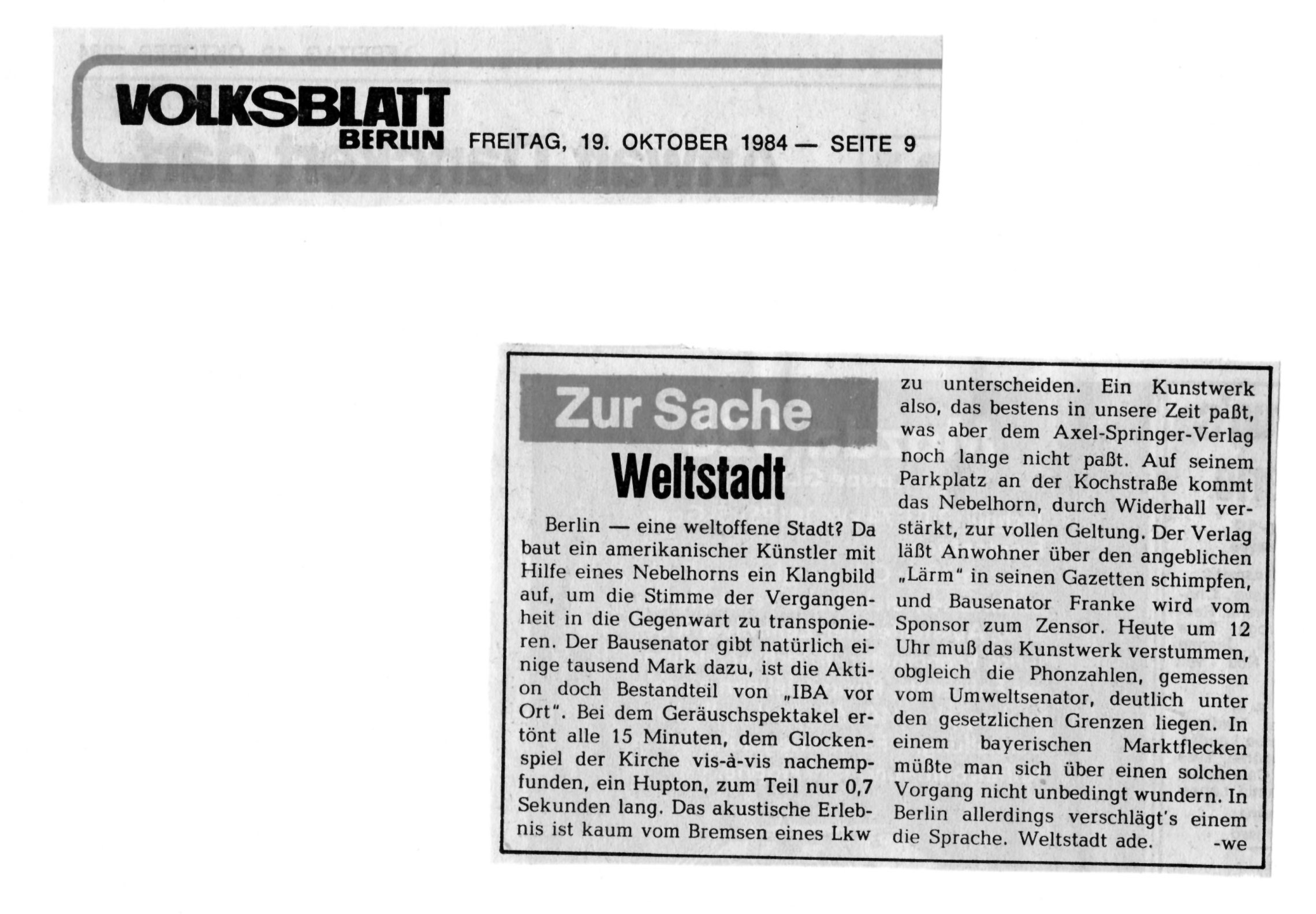 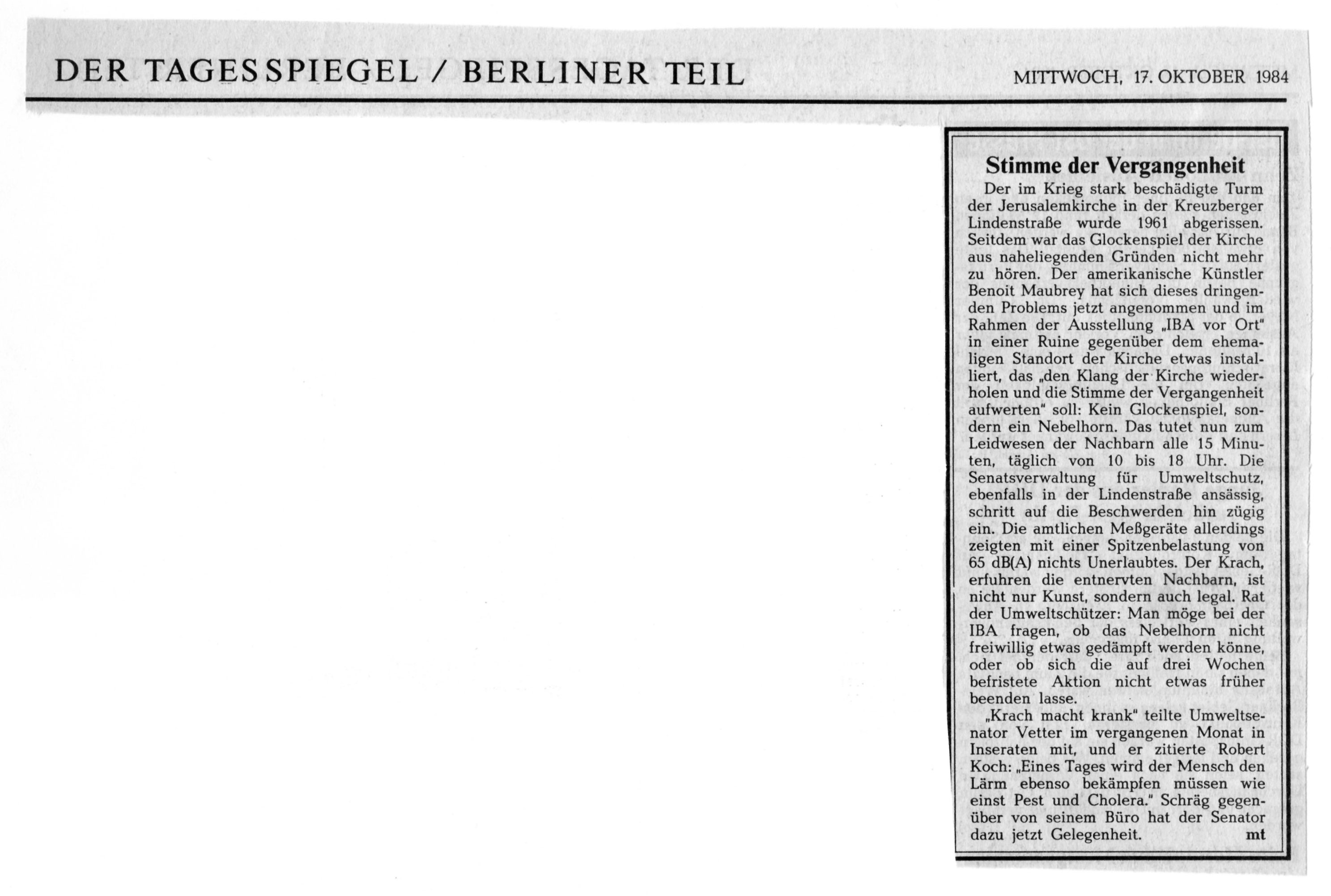 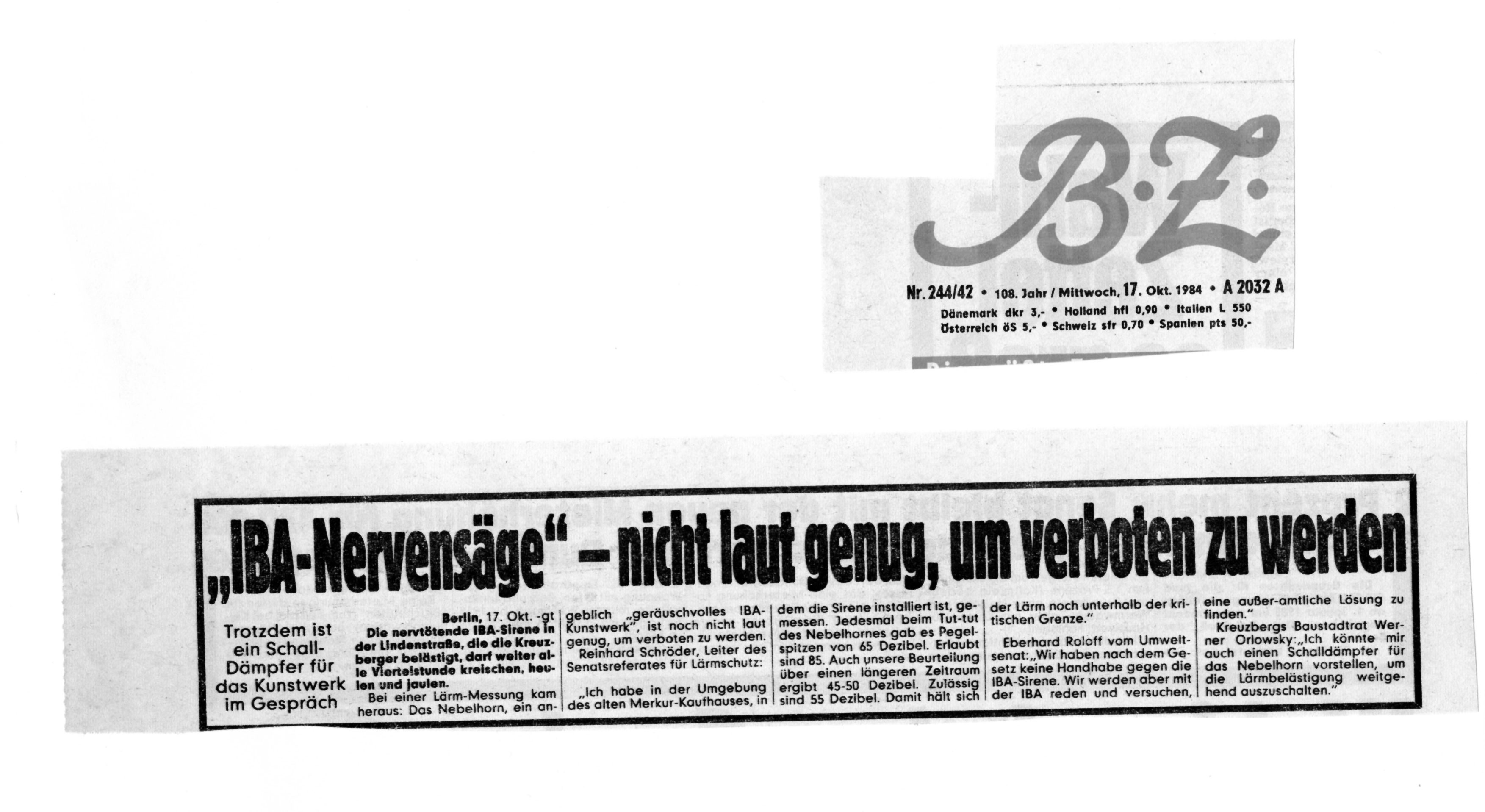 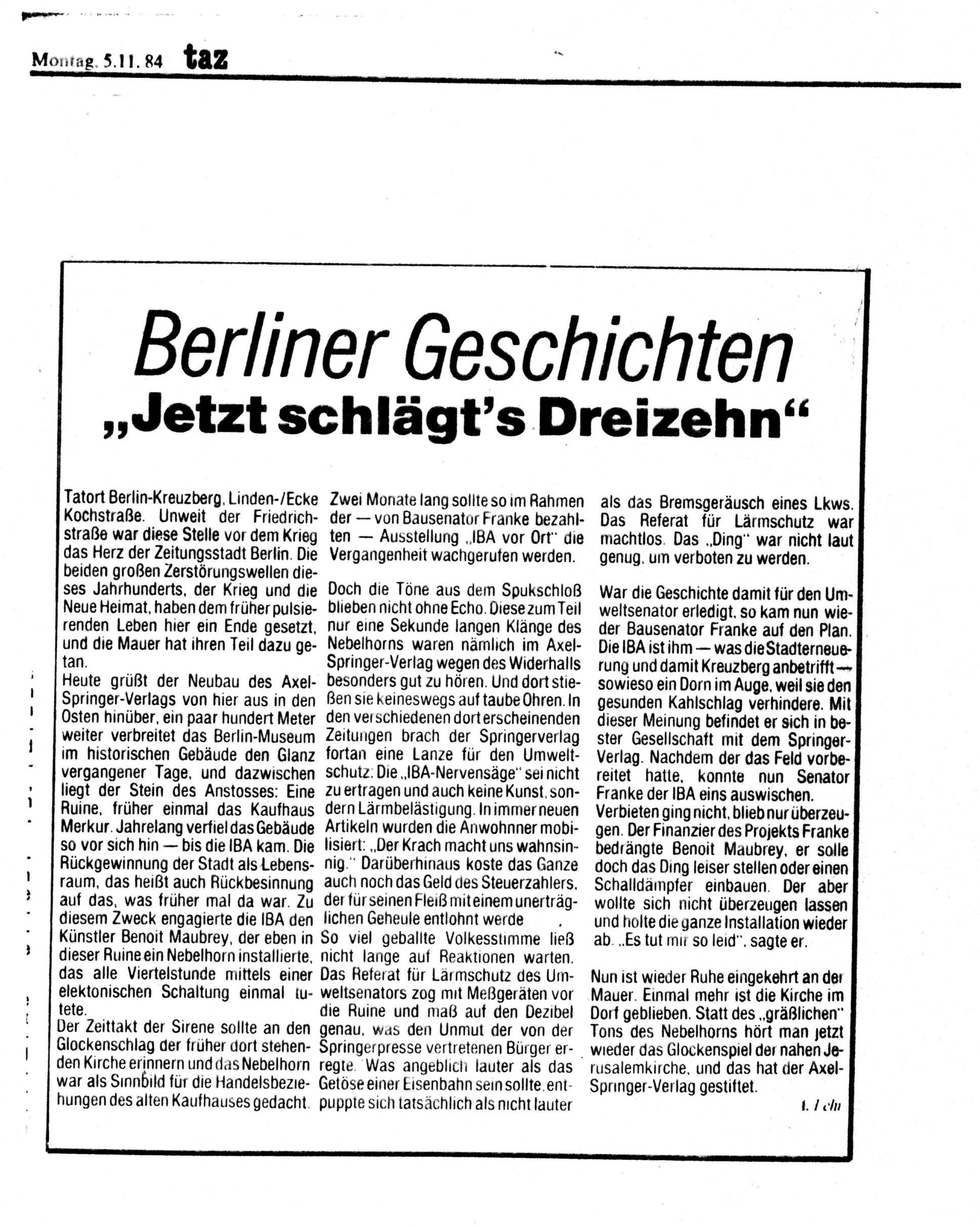 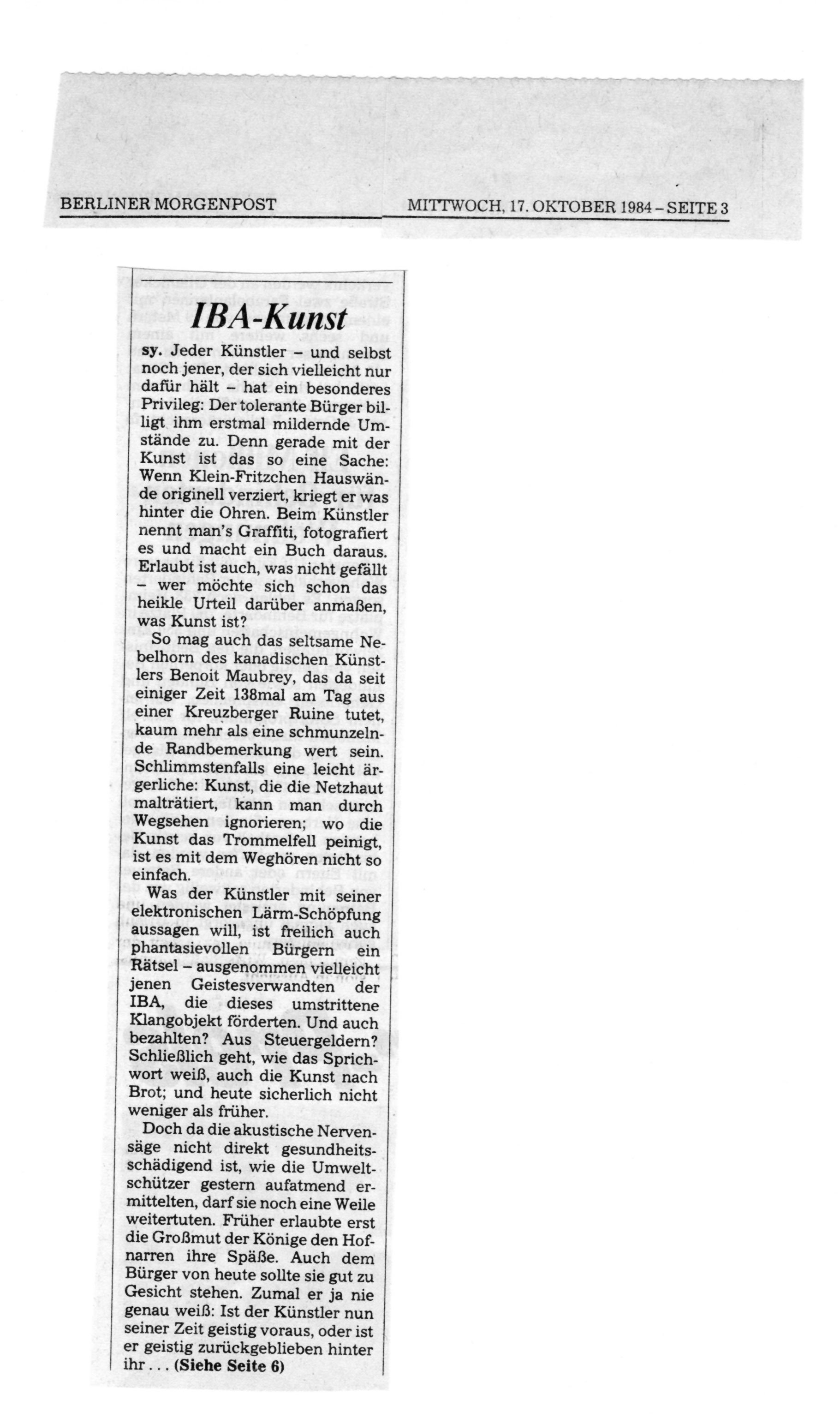 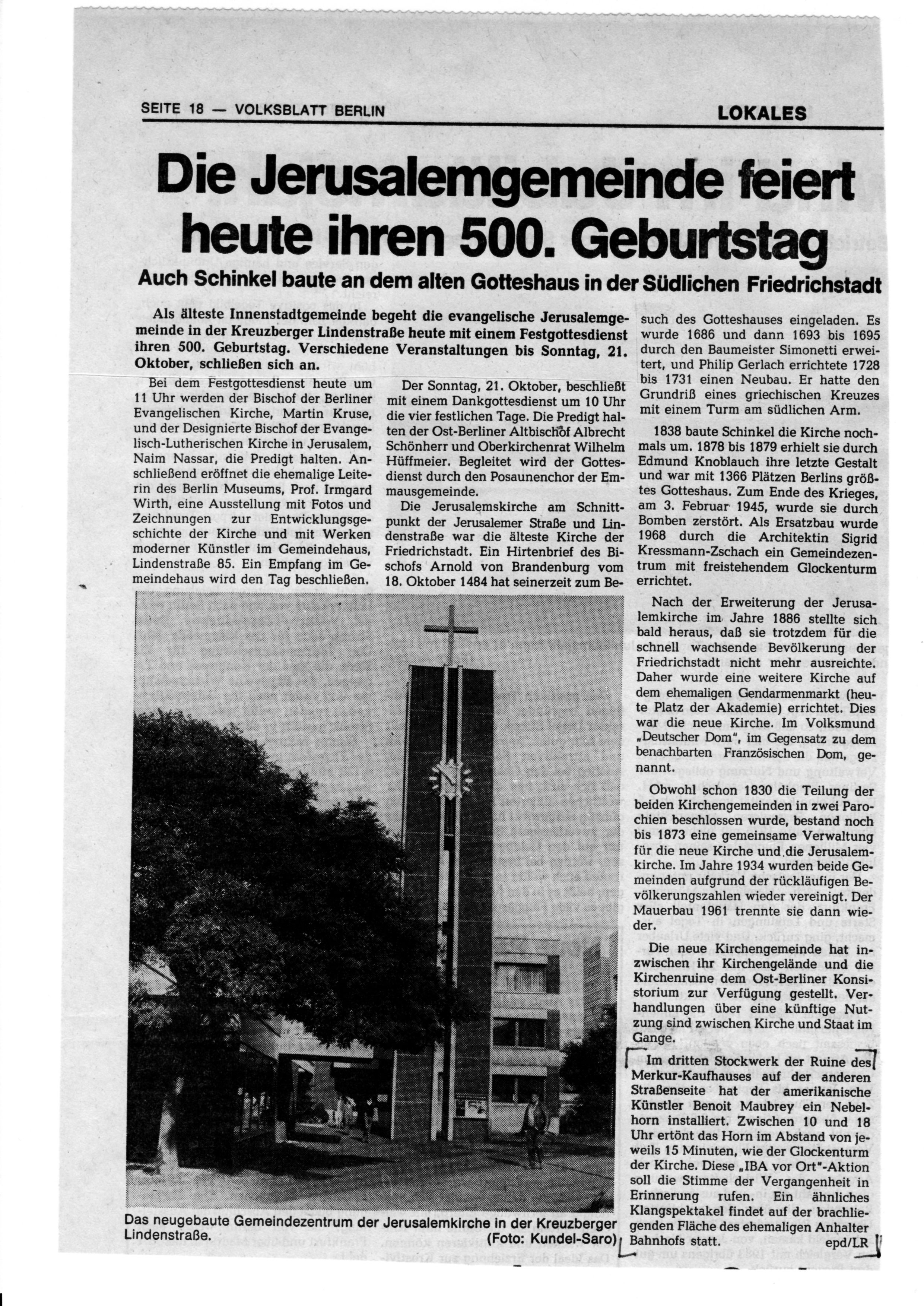 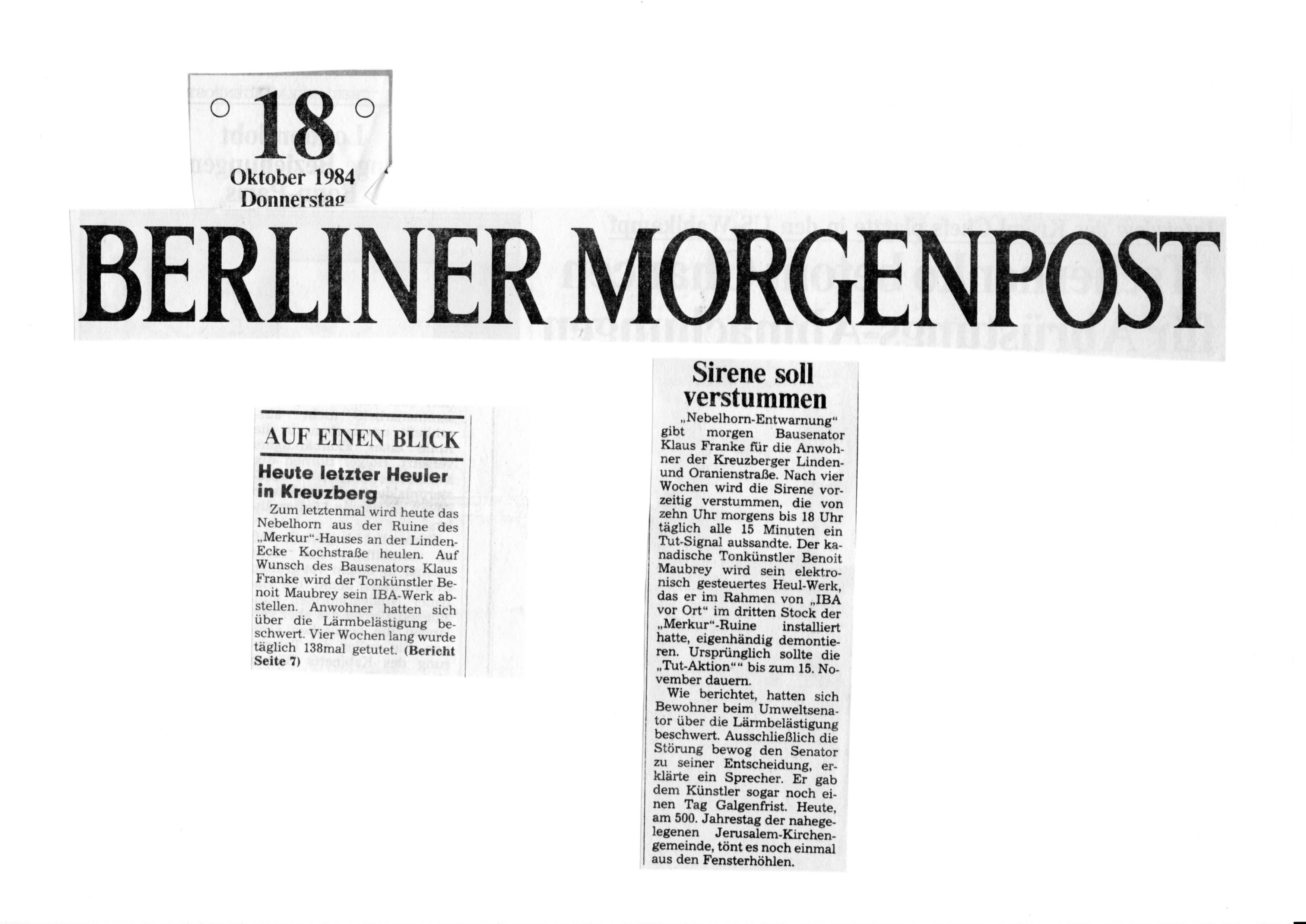 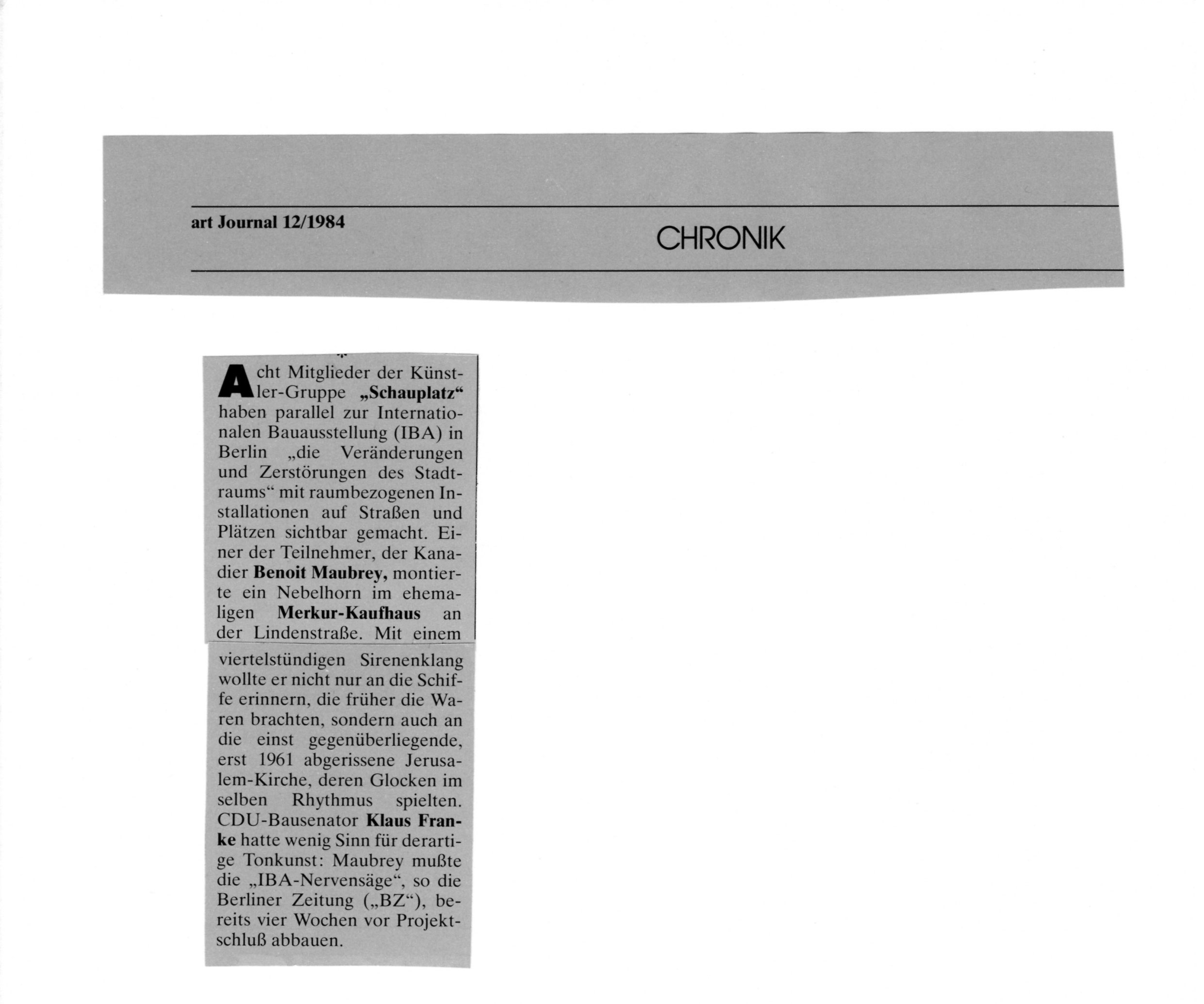 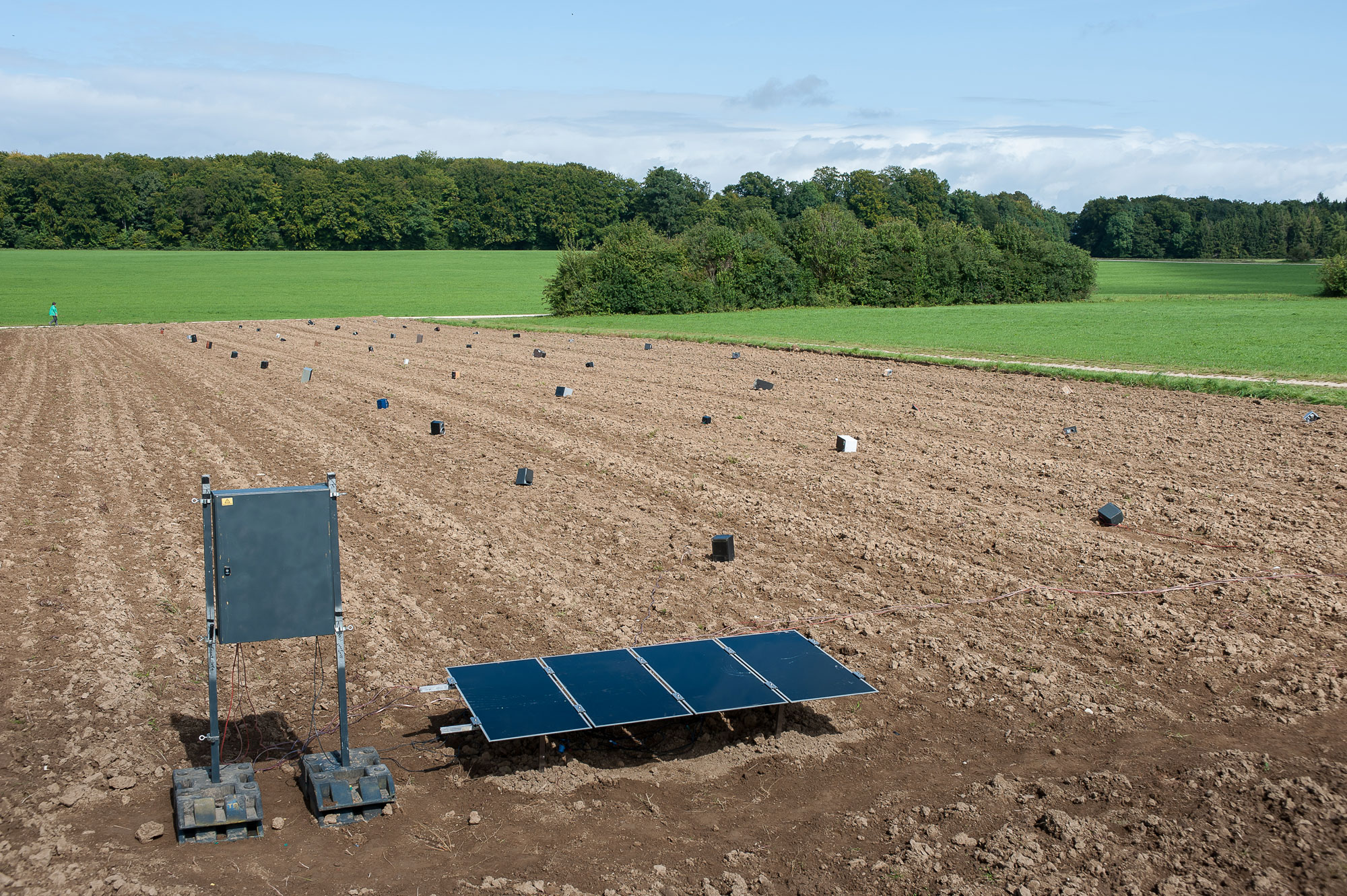 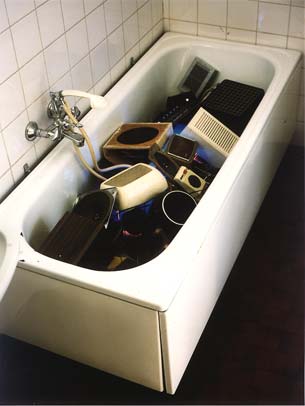 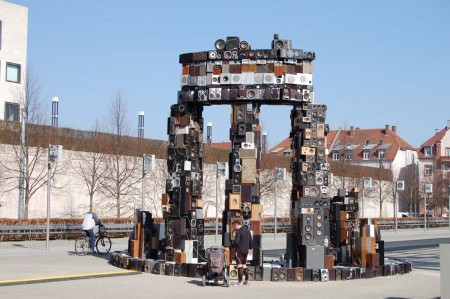