Electroacoustic tuxedo jacket with sampler, electric guitar, radio receiver and solar cell.
Originally built in 1987 for the mayor of Berlin with a pre-recorded cassette of people saying”Berlin tut gut” (Berlin does you good). 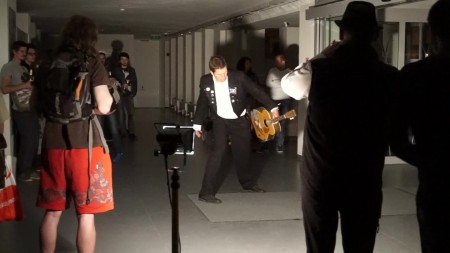 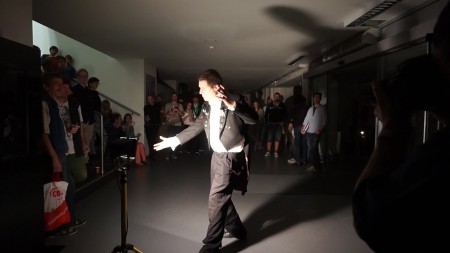 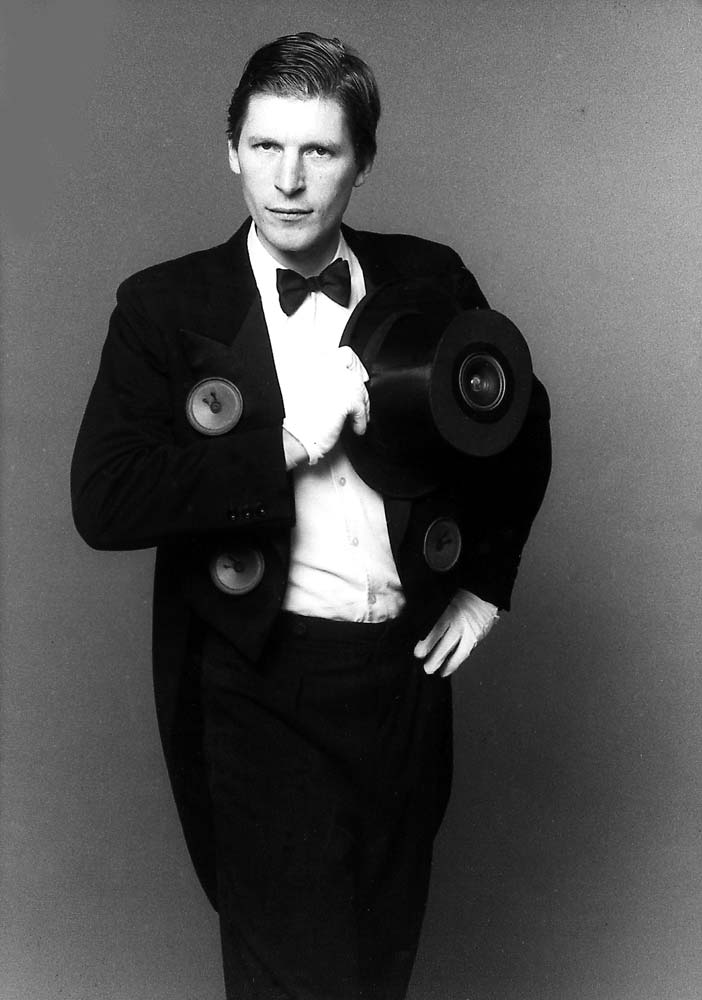 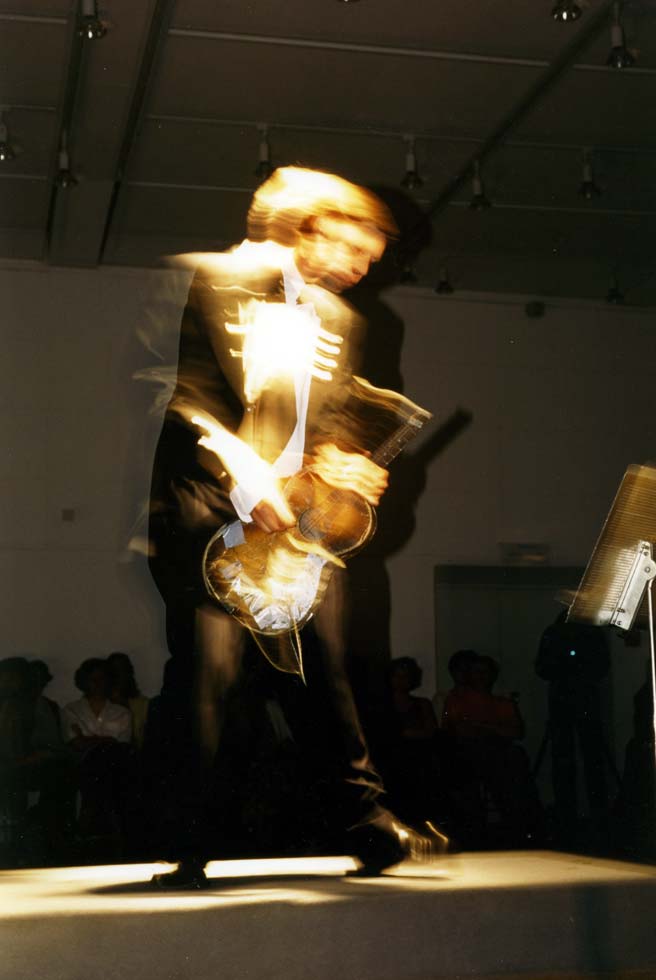 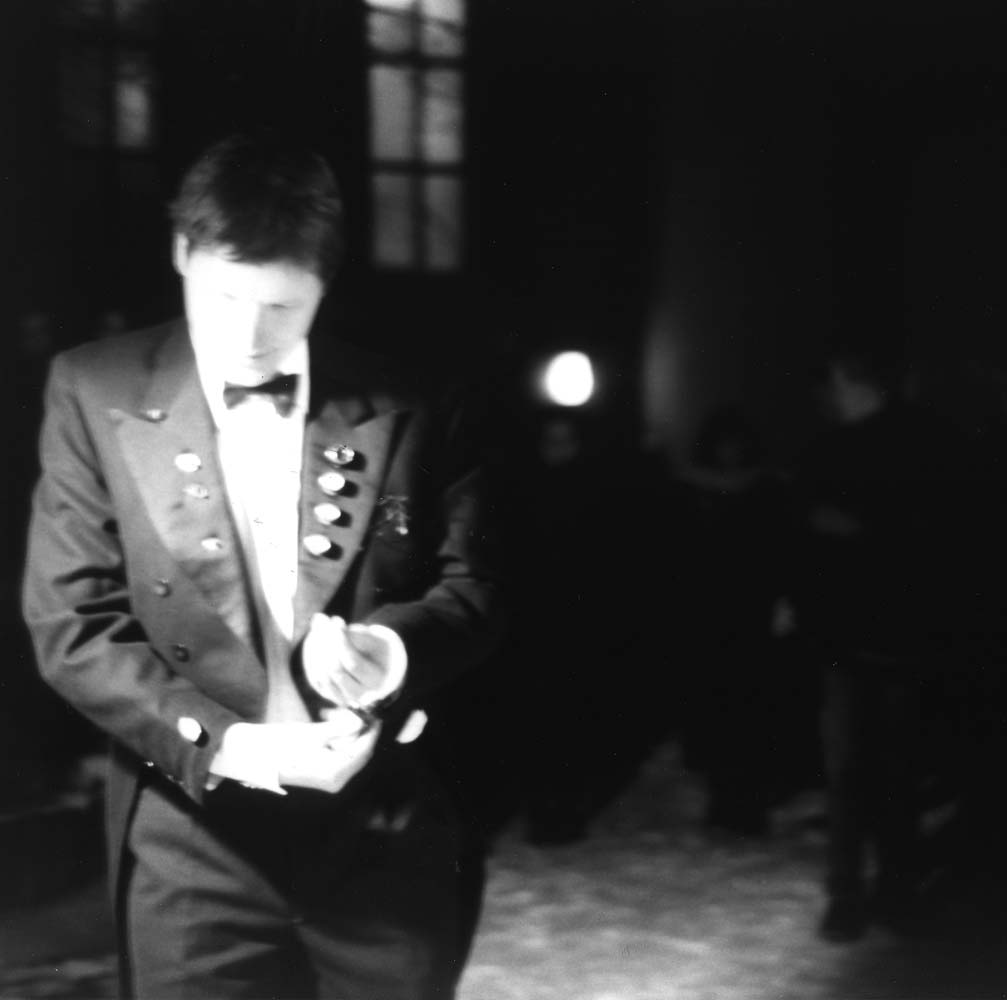 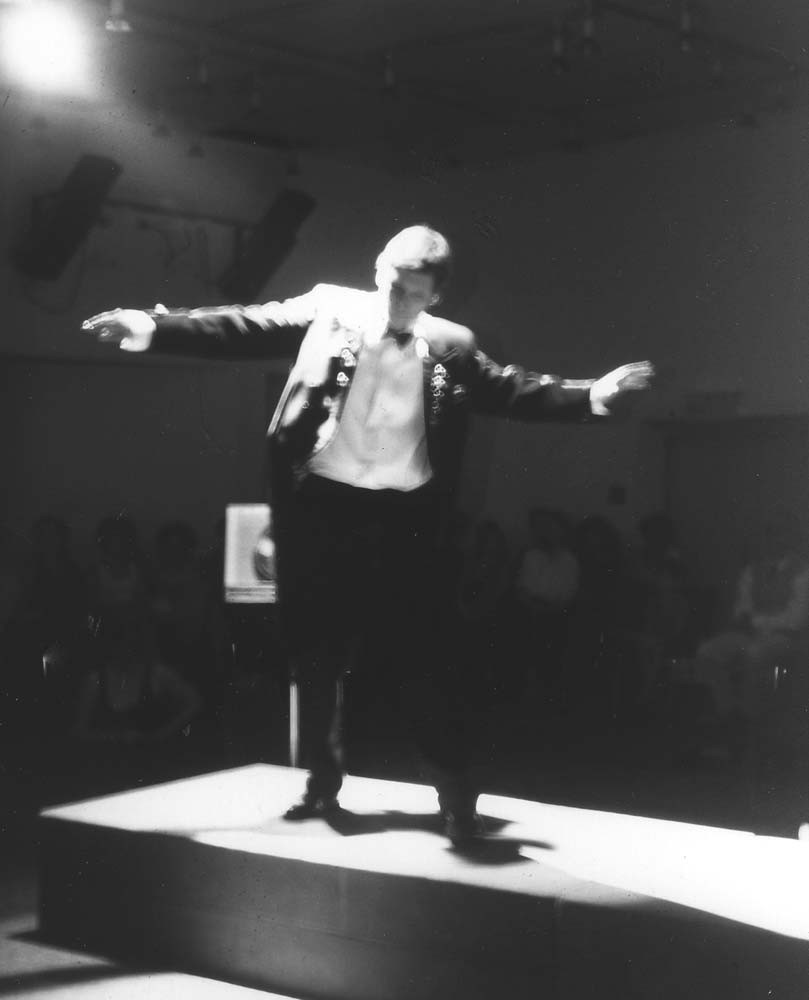 History: in 1986 I was awarded a grant from the city of Berlin. In return for the grants the artists are supposed to present the city with a work of art (usually a painting). For this occasion I built an Audio Frack (Frack is the term for an elegant evening jacket with tails) for the mayor. For the sound I went around the city recording the voices of people saying “Berlin tut gut“ (“Berlin does you good“) which was the current tourist slogan for the city. I compiled about fifty different voices repeating the sentence and presented the Jacket complete with audio cassette to his office, proposing that he dress himself in the apparel for the opening of the local International Electronics Fair. He responded with a polite letter indicating that if he used the jacket it would put his press attaché out of work.
In 1995 I created the Electronic Guy wearing a similar Tuxedo that was equipped with guitar amp, radio receiver, and sampler. Sounds are sampled and then mixed through the jacket as a solo concert event.
In 2011 redesigned it as a “Boom Jacket” complete with sampler, looping and pitching devices, radio, guitar amp and double light-to-frequency controller.
In 2013/14 we constructed two “FRACKMAN” suits. Each suit is fitted with a digital guitar amplifier, a pre-amp, white noise radio receiver, double light-to-frequency sensor, and sampler. One jacket (black leather) is constructed for outdoor “street” situations and the other a tuxedo with tails (“Frack” in German) for indoor and stage. These jackets have extra amplification in order to interact (an reverberate) with the space around them. 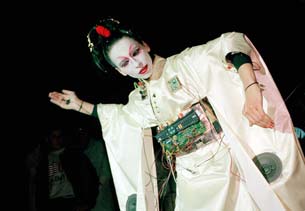 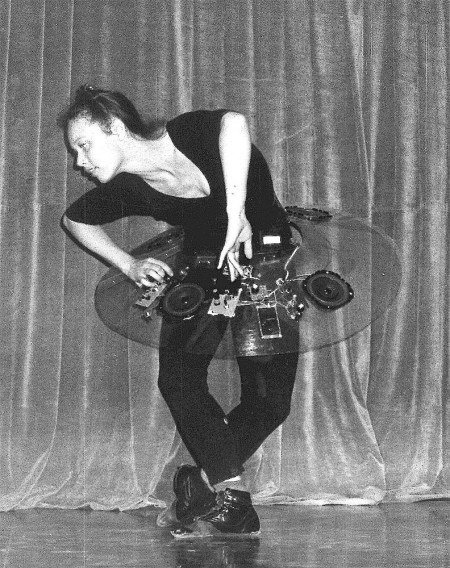 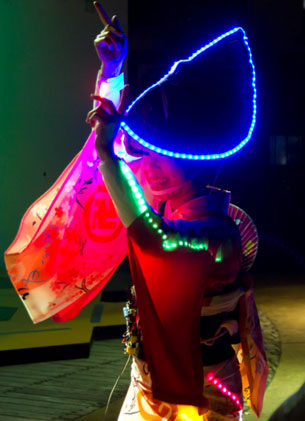