“Fred” changes his feedback effects via movement and his own voice.

Over the years some of the Audio Gruppe’s members have developed solos with a particular instrument: certain costumes have muted into highly individualistic and self-contained sound units. These are individual “phonic” bodies that produce their own personal sounds and movements in intimate and close-to-the-spectator performances.
An essential figure is Feedback Fred. This character, equipped with an oversized loudspeaker box on his back and a microphone-mask, “feeds back“ his own voice through the interaction of his wearable PA system and physical gyrations throughout the performance space. This personality can be likened to a cross-cloning of Hamlet and an electronic-laden Hunchback of Notre Dame. Known as a performer (recently at the Digital Arts Week in Zurich and VERSCH Festival in Amsterdam) he is actually a social fellow trying to interact with casual acquaintances and everyday encounters, like most of us he only wants friendship and love — were it not for his inborn handicap. 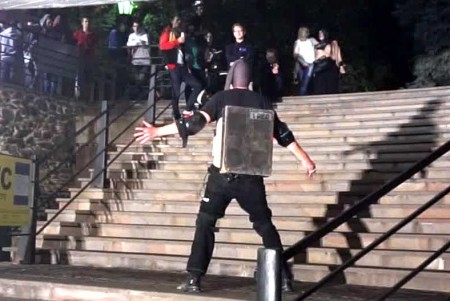 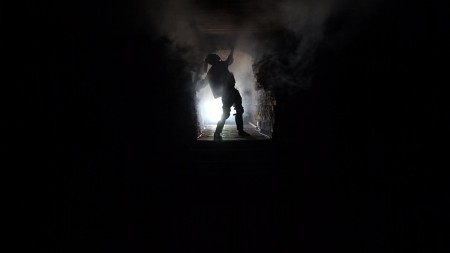 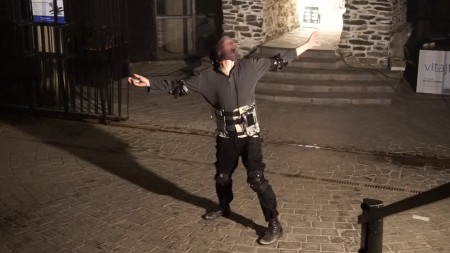 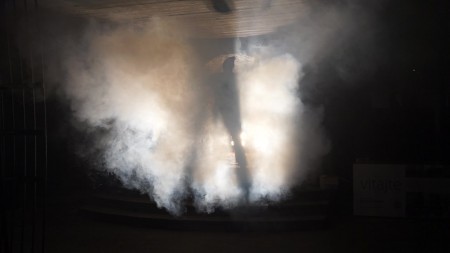 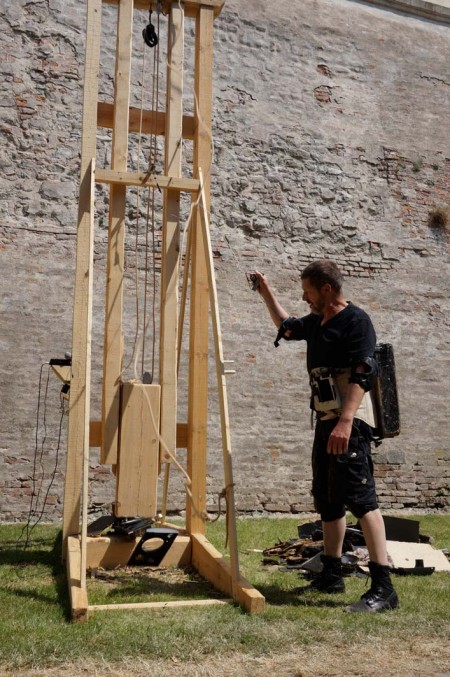 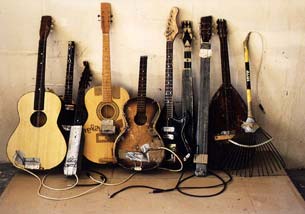 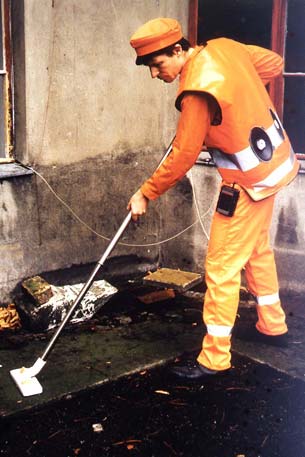 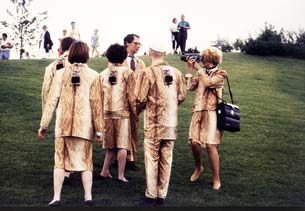