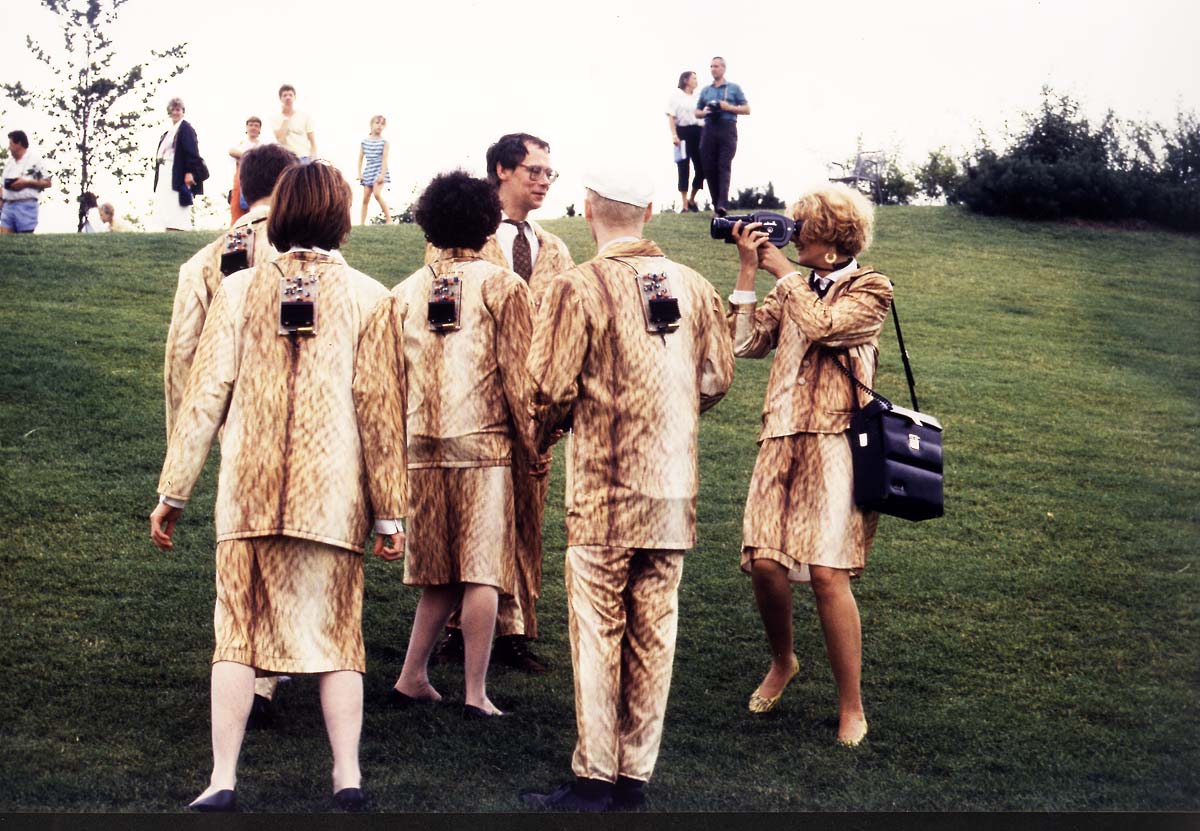 A mobile and multiacoustic performance.
Unlike most outdoor concerts where the sound is amplified through one massive PA system, an Audio Uniform concert consists of individual performers each playing his or her own sound. The music is not blasted at the listener with 30,000 watts of power from a static source, but is carried with 30 watts of power from different places at a volume that depends on how far the listener is from each performer.The Uniform wearers spread throughout an area so that it is impossible for the listener to see or hear all sound sources at the same time. As I recall, during the “monkey” part of the the The Audio Herd performance, most of the Herd was hidden behind bushes. I use the term “multiacoustic” to describe the sound effects of the Audio Herd: the cassettes, though identical and played simultaneously, are not (and cannot be, due to the portable nature of the “Walkmans” mechanics) perfectly synchronized. Synchronization is not the intent of these mobile sound sculptures anyway: the sound changes as soon as the Audio-Uniform-wearer turns his or her back or starts moving in a different direction. The same sound is propelled through the air from a variety of vantage points in space, so that it reaches the listener‘s ear “staggered” or like a echo. This is why the places in which these Clothes are played are so important — the topography and architecture of the area are vital elements in the concert. In addition, the loudspeaker sources are carried by people who react spontaneously to situations (e.g. walking up stairs, waiting at a stoplight or exiting through a door), thus bringing whole new factors to these sound events that cannot be duplicated by normal “instruments” in the protective environment of a concert hall, gallery, or museum. The element of chance plays an important part in our performances. The public-at-large does not usually expect us (one cannot choose one‘s public when working outdoors). The first official Audio Herd performance at the Bundesgartenschau 85 was briefly interrupted by a posse of park police, providing us with an unexpected intermission while they cleared up matters with their superiors. 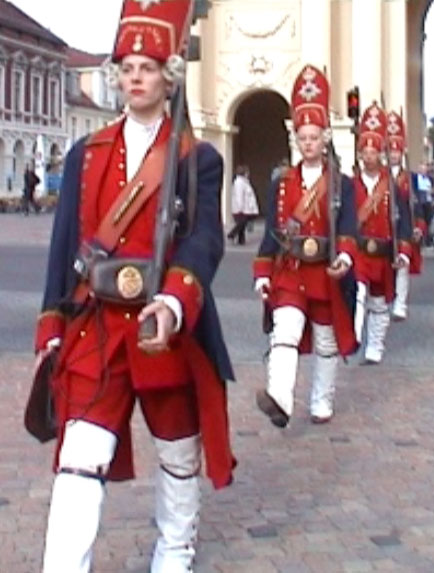 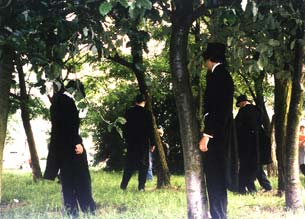