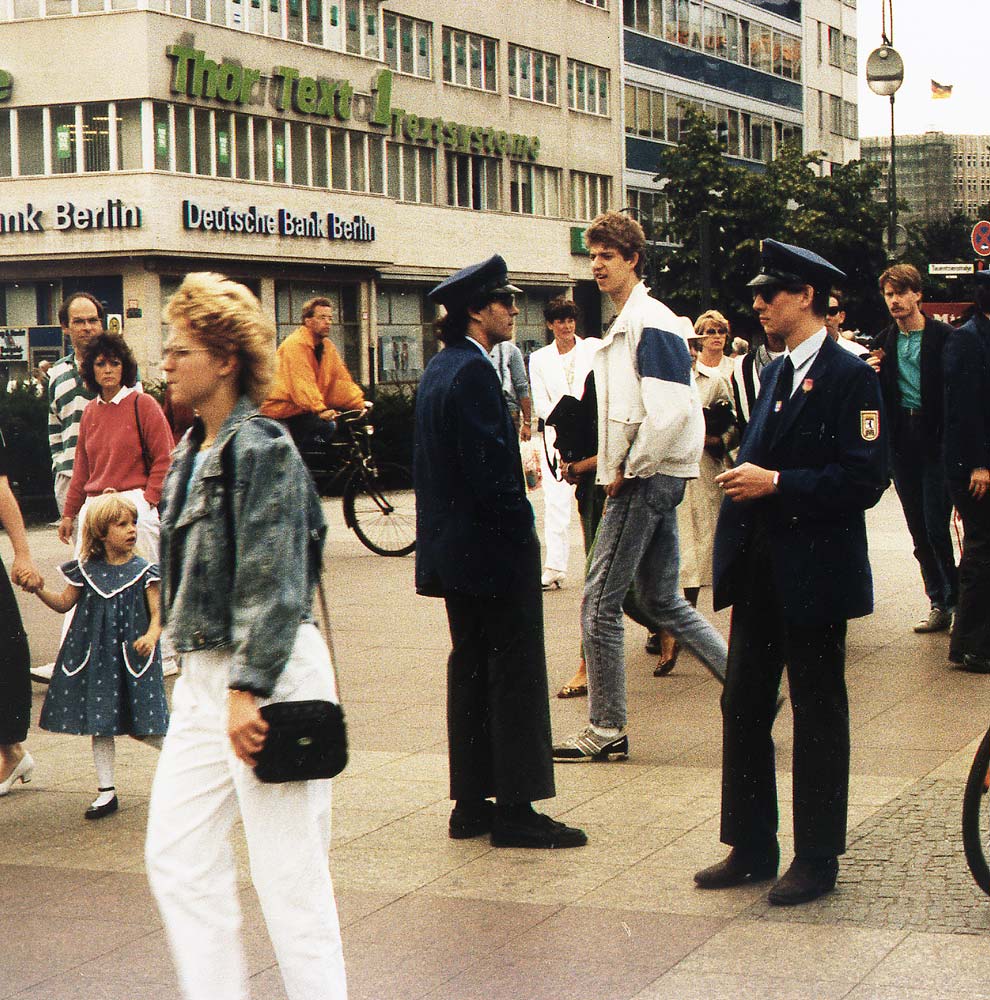 I systematically recorded the attendants‘ voices along one subway line and Hans Peter compiled them them onto two separate cassettes: one with approximately 30 “All aboard, please!” voices and another with 30 “Step back!” voices. Because this was was an official festival project, the Subway Authority loaned me seven authentic subway attendant suits, under which we could fit the audio corsets. As it turned out, the suits also had extra-large inside pockets for the amplifiers, batteries and cassette players, so that we had ourselves an instant Audio Uniform — but with no visible electronics. The performance consisted of playing the subway voice collages while “patrolling” the subways in which they had been recorded. Needless to say, the combination of subway voices being played through authentic suits caused a certain amount of consternation among the subway passengers (and employees). 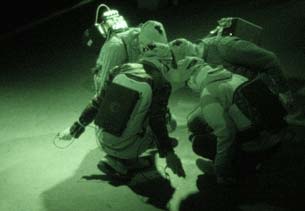 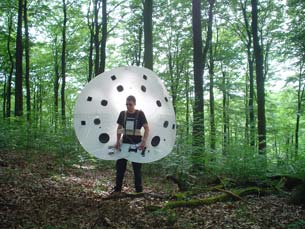 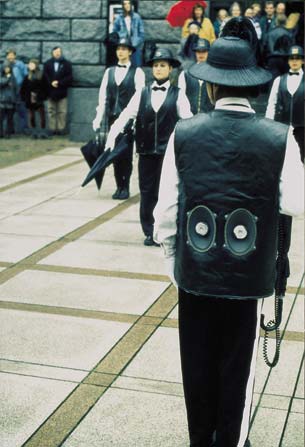